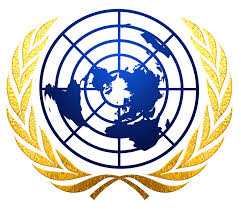 In a far distant part of the world on 25th September this year, Pope Francis gave (by video) an address to the General Assembly of the United Nations on its 75th anniversary. He often used words familiar to the Sisters of St Joseph: ‘preference for the poor’, ‘solidarity with the vulnerable and those on the edges’, ‘children’s right to life and schooling’, ‘care of refugees’. Preservation of the world community was entrusted to the United Nations in 1945 yet to this day a multitude of injustices among people, classes and races still persists and in some places increases.

I was recently struck by a comment made at an open forum session of our parish synod gathering at Kotara, an occasion for looking at the strengths and weaknesses of parish life. Someone said ‘One positive point is that the Sisters here give us an example of a different lifestyle’. We are sometimes thanked for the things we do but I have not so often heard appreciation of our lifestyle choice - community. In this time when our age dictates that we don’t DO so much, perhaps it is our way of BEING that has struck this parishioner. This led me to reflect on the value of community, what it asks of us and what it has to give.

Living in community asks us to make our little world a place of equality, freedom and compassion, a place where we hope, pray and strive for an end to division and exclusion. These are the very attitudes which on the global scale widen the gap between rich and poor and prevent us creating ‘a world solidly grounded in peace’.

The Pope encourages us, while we seek material development for the human family, to look to the bigger goals, the attainment of justice and unity among us all, ‘another kind of progress which is more human’.

Just as the United Nations is a sign of unity and a service to the human family, so is our Church and hopefully each faith community in it, be they workers, artists, volunteers, campaigners, carers, contemplatives - or just ourselves.

In a talk I gave to the Hunter Branch of the United Nations on the sixtieth anniversary of the Declaration of Human Rights, I touched on the theme of world community.

“Interdependence is the way of our universe. All that exists is interconnected. Cosmologists and theologians, scientists and mystics claim this reality.  Not only is this true of the sun, the moon, the trees and flowers, the birds and fishes, but of humans, too. It is a principle we call ‘communio’, the intricate but beautiful web of relationships throughout the universe, where we see ourselves as part of the community of all beings.

It calls for solidarity, a willingness to stand with others, especially those on the margins to ensure their human rights are not lagging behind. Article 29 of the Declaration states: “Everyone has duties to the community in which alone the free and full development of personality is possible.”   It was the Jesuit paleontologist Teilhard de Chardin who, when consulted at the time of drafting the Declaration, counselled that it should be about ‘man in society’ not man as an individual.”

Right now, because of Covid19 we are all experiencing a deal of change which has been thrust upon us and yet gives us the opportunity to sort out what is valuable in life.  Any change we make could be, as Pope Francis says, for better or for worse; ‘the occasion for a defensive retreat into individualism – or into a more compassionate society.’

Every community, from the global down to the smallest one, flourishes when it is based on equality, liberty, security, freedom and love. This is what we all desire and work and pray for, because we are drawn to believe that the future can be better than the past - that wonderful ‘future that we all desire’, the very heart of God’s plan for us all.

I am grateful to the young lady whose comment prompted me to reflect on community in its different forms.