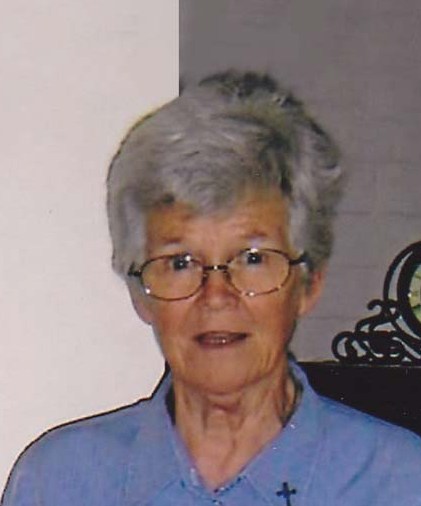 The End of an Active Ministry

On 28 November 2022 the chapel at Lochinvar overflowed with people who came to pray for and celebrate the life and ministry of our much-loved Josephite sister, Lynette Pearce who had died suddenly and unexpectedly during the previous week.

As Sr Lynette was still involved in active ministry, many of her associates from the diocesan Cursillo group and the R.C.I.A. and former students of the Christian Formation Course as well as the ecumenical spiritual direction formation group attended the Mass for Christian Burial.  Also present were colleagues from her days as a secondary school teacher in Belmont, Gateshead and Taree.

Sr Lynette was born in Tamworth on 15 October 1938 to Allan Pearce and Evelyn McNamara into a family of ten children – six sons and four daughters.  As the family moved around the state because her father was a policeman, Lynette attended public schools before meeting the Sisters of St Joseph at the parish school in Cardiff when she was in fourth class.  Lynette completed her schooling as a boarder at St Joseph’s College Lochinvar.

Following her call to dedicate her life to God, Lynette entered the Novitiate at Lochinvar on the first day of January in 1957, was given the name of Sr Mary Richard and was professed as a Sister of St Joseph in 1959.  Then followed her years of ministry first as a secondary school teacher and parish pastoral and then after gaining a theology degree, as an adult faith educator in the Tenison Woods Education Centre and finally as a spiritual director.

The Scripture readings and the hymns chosen for Lynette’s Funeral Mass demonstrated the loves that had powered her life and ministry.  These were her love of Jesus as seen in the first reading from the Song of Songs, Come my love, my lovely one come and in the gospel from Matthew, Who do you say I am? Her devotion and love of the Trinity were evident in the hymns, Firmly I Believe and Pulsing Spirit. Lynette lived in the belief that every moment was sacred that Christ is always among us.

Very Rev Brian Mascord, Bishop of Wollongong, a relative of Lynette presided at the liturgy and was joined by a number of the clergy who had worked with Lynette over the years. At the conclusion of the Mass, the funeral cortege moved through a guard of honour made by the College students that lined the route from the chapel, along the highway to the Lochinvar cemetery. There in the Sisters’ section, Sr Lynette Pearce was laid to rest while she awaits the resurrection.