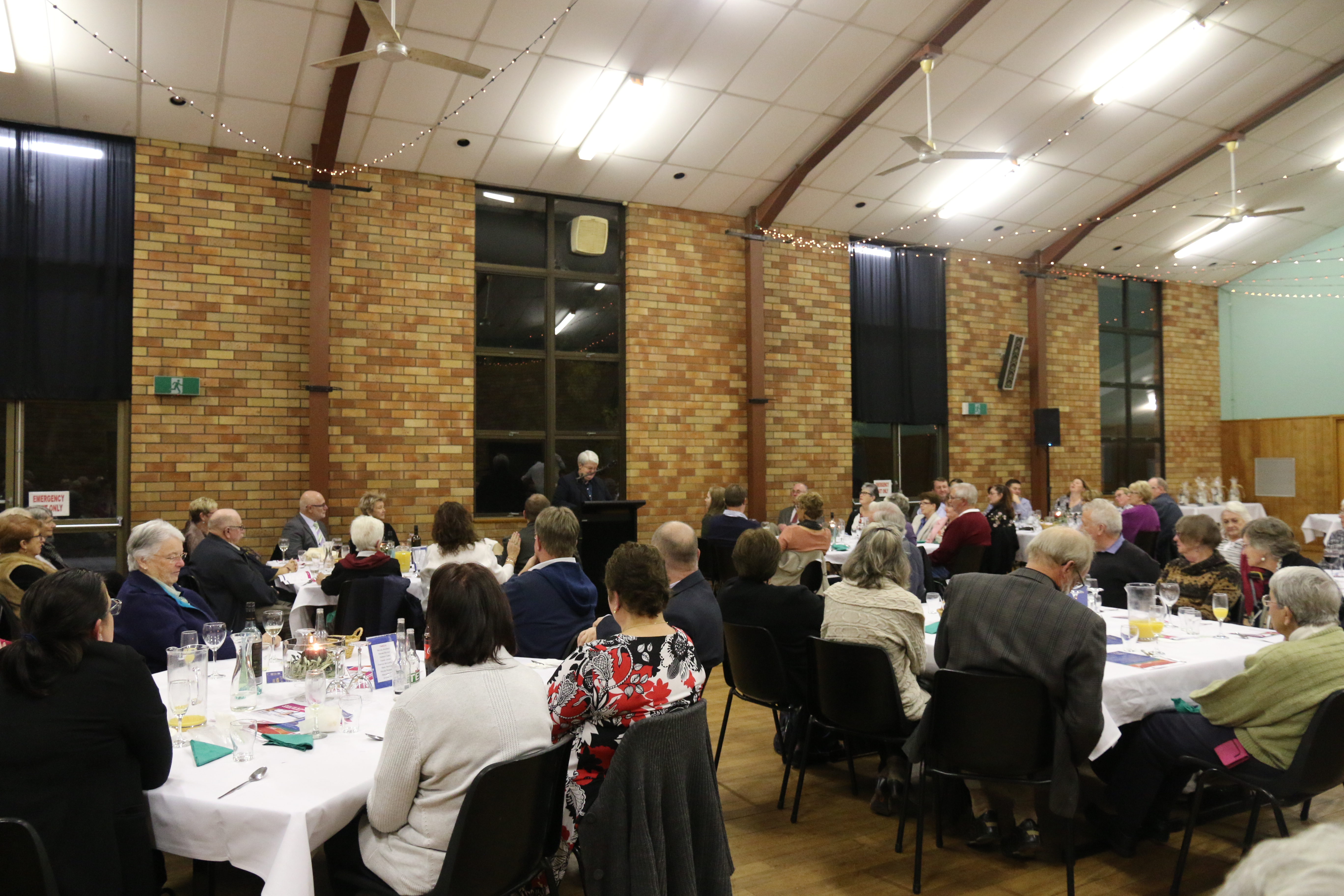 Despite it being a cold and windy night on the eve of winter, many people gathered in the Therry Centre in East Maitland for the annual TWEC Dinner.  A number of newcomers joined the usual Dinner clientele for the twenty-sixth Dinner on 31st May 2019.

A hum of conversation could be heard as people greeted friends and renewed acquaintances while enjoying the wine and juice and the hot canapés – just the thing for a cold night.  The Dinner is a great annual diocesan event with people coming from as far as the Upper Hunter and the Manning areas. Also present were people from diocesan agencies, members of the clergy and religious Sisters, all supporting the work of adult faith formation in the diocese.

The evening began with the Ray O’Brien, the Master of Ceremonies acknowledging the Awabakal and Wonaruah Peoples, the traditional custodians of the land on which we gathered.  He then invited Rick McCosker to pray the Grace before all enjoyed the delicious meal and the conversation of their table companions.

Sr Lauretta Baker, the Congregational Leader introduced Dr Michele Connolly, a Lochinvar Josephite Sister, as a woman of the Hunter, though now resident in Sydney and gave details of her theological background.

In her presentation Sr Michele addressed the question: Does the New Testament speak to contemporary Australia?  One Woman’s View.  With references to New Testament texts believed it did.  Among other observations, she said that as believers in the Resurrection, where life conquers death, we can be people of hope in our fractured world.  She also spoke of the right of women to have equality with men in decision-making in both society and Church and encouraged people to be active supporters on the National Plenary Council.  Tracey Edstein on behalf of all present thanked Sr Michele for her thought-provoking presentation, her engagement with the audience and her readiness to take questions.

Over the years the TWEC Dinner has enjoyed the support and financial sponsorship of the local community.  2019 was no exception.  Ray O’Brien thanked Beyond Bank Australia for providing, yet again, the raffle’s main prize of a $500 MasterCard Gift Card and the Catholic Development Fund for its generous donation as well as Chardonnay Catering and the donors of other raffle prizes for their contributions.

People left the evening happy with the opportunity they had of hearing a stimulating speaker, catch up with friends and acquaintances and hopeful of returning to the TWEC Dinner of 2020.   For an edited extract 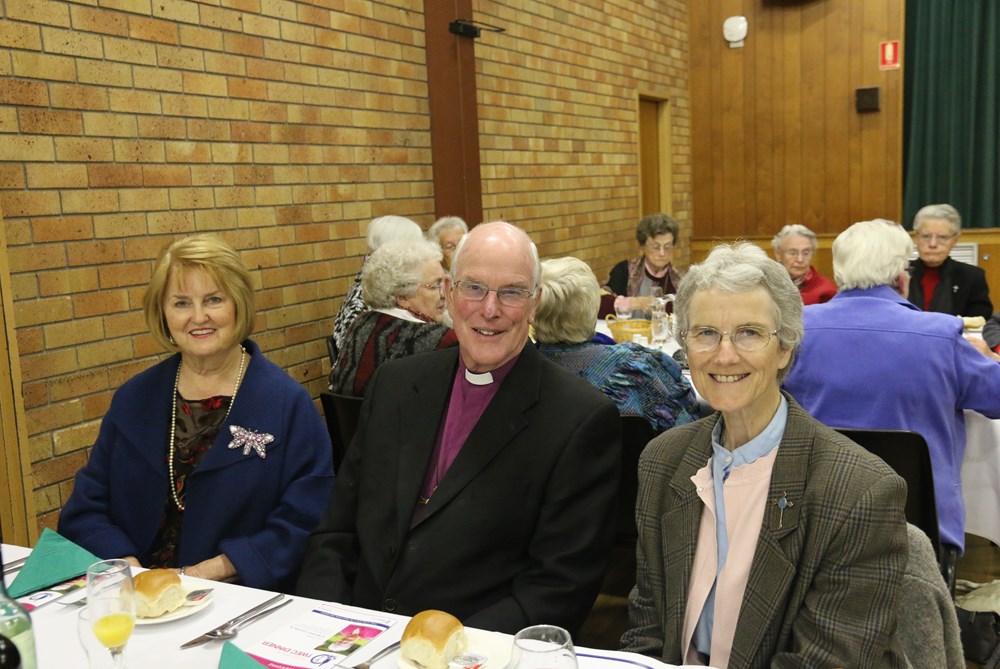