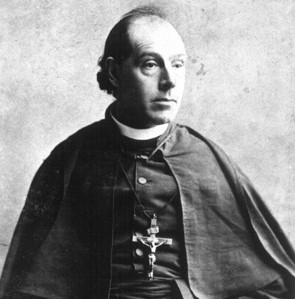 What Fire Drew Them

A Question on the 130th anniversary of the death of the Founder, Julian Tenison Woods

Sr Jan Tranter writes about the founding Sisters of the Lochinvar congregation and the role played by Father Woods.  It is appropriate that we take time to remember their story as 3rd September is the 137th anniversary of the Lochinvar foundation.

A group of Sisters from various states and New Zealand, commissioned for the task, brought wide experience, knowledge and enthusiasm. As the Lochinvar Sisters’ representative, I was aware of Fr Julian’s particular impact in our congregation through our founding Sisters. This was not in isolation from other Josephite foundations as his ministry in different regions had a flow-on effect through all.

Prompted by the sharing in the group, I expanded a short previously-written article entitled What Fire Drew Them which demonstrated Fr Julian’s impact on Lochinvar’s founding Sisters. The expanded article with the sub-title A Question on the 130th anniversary of the death of the Founder, Julian Tenison Woods has now been published in The Australian Catholic Record, July 2020. The answer to the question can be found in the Lochinvar founding story.

On 2 September 1883 four young Sisters came to Lochinvar from Perthville near Bathurst to found the Institute of Joseph in the diocese of Maitland.  Two were Irish, one had migrated with her family as a little child, the other as a teenager. The others were born in New South Wales, one in inner Sydney and the other in the central western town of Blayney.

Fr Woods came to Perthville after three fruitful but difficult missionary years in Tasmania. On the way, he invited young women to join the Institute. Six years later one of these, Mary Dugan, was in the founding group to Lochinvar.  The other three Lochinvar founding Sisters went to Perthville after meeting Father Woods in his missionary circuit over the next few years. These meetings sparked in each young woman the fire of mission for a life-long call.

Having been a part of their decision to join the Sisters, Father Woods continued his formative influence on the four founding Sisters.  The Lochinvar Sister Guardian (Sister in charge), Sr Joseph Dirkin, knew the Lochinvar and Perthville Institutes were part of a bigger story. The initiative in founding the Josephites came from Fr Woods who, seeing the ‘spiritual destitution’ in the country, especially in the children of the poor, remembered the Josephite Institute of Sisters that had deeply impressed him in France. He invited Mary MacKillop to join him in a founding venture to respond to this great need and in joyful acceptance, she recognised it as fulfilling her own longing.

The Lochinvar Sisters in their centenary identified with the foundation at Penola by Fr Woods and Mary MacKillop, the foundation that continued in Adelaide and extended to Perthville. Fr Woods’ formative role in Perthville was evident in his visits and teaching and his written Rules and Instructions that in substance and spirit were the Rules and Instructions he had written in Adelaide.

Father Woods had a great missionary spirit that he sought to live and to call forth in the Sisters. Familiar with suffering, his courage and faith continued to inspire and impel the Sisters into the future.  He wrote letters to the Lochinvar Sisters and other Sisters of St Joseph till 1887. By then his health had failed and imminent death was expected.  The following are quotes from the last three circulars that he sent to the Lochinvar Sisters and other foundations of Sisters of St Joseph in 1887.

‘The spirit I have tried to teach you is the spirit of the Meek & Humble Heart of Jesus, an undying love for Mary our Mother, especially the Immaculate Mother of Dolors and a deep and faithful love of St Joseph’. 24 July 1887

‘What would life be without the cross? Under its shadows we meet the lovely Mother of sorrows who can teach us best through the cross the wonderful and infinite love of the Sacred Heart.’ 14 August 1887.

The last circular of 4th September 1887, four years after the Sisters came to Lochinvar, has these words.

The spirit of the Institute is a spirit of prayer, of poverty & of humility. … Do not seek to be regarded as anything but servants of the poor... Fear only the loss of your own religious spirit and that the poor will not be your first care.

He urged the Sisters that if they lived the spirit he taught and followed their Rules they would be like stones in the sling of David… weapons with which the Sacred Heart will defeat the pride, rebellion and infidelity of the world.

He concluded the letter with the following blessing:

God bless you all. With all the love of my heart I bless you.

Yours faithfully in the Hearts of Jesus, Mary and Joseph.

Father Woods perceived the will of God at work in all things. His ultimate trust in the loving heart of Jesus is good to remember at this time when the world is shaken in the pandemic and as we prepare for our Australian Plenary Council.