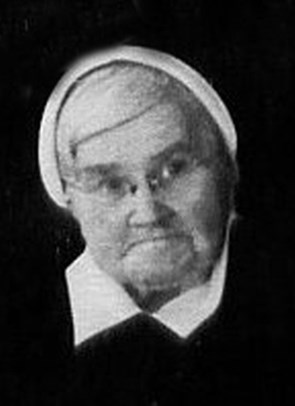 Margaret McNamara, the daughter of James McNamara and Bridget Cronin was one of a family of two sons, James and Michael and five daughters, Katie, Patricia, Margaret, Mary and Anastasia. Margaret was born in Merriwa on 3 September, 1885. Her birth coincided with the coming of the Sisters of St Joseph to Merriwa as they had arrived in the January of the year, the first branch house made from Lochinvar.

Margaret entered the Congregation of St Joseph at Lochinvar on 16 July 1905, was given the name of Sister Mary Kevin and was professed on 8 January, 1908. She saw the Congregation grow and expand and she contributed to its expansion through her work at Glendonbrook, Largs, Carrington, Dungog, Wingen, Wybong, Cundletown, Cessnock, Denman, Aberdeen and Lochinvar. Sister Mary Kevin was a kind, simple and humble soul and regarded as saintly in her communities where she was an influence on Sisters and pupils alike.

On 25 June 1964, at the Mater Misericordiae Hospital at Waratah, a saintly life ebbed to its close when Sister Mary Kevin McNamara died as peacefully and as quietly as she had lived. Mons Forde was present when she died and administered the last absolution and recited the prayers. The Sisters of Mercy, her own sister, Anastasia and her sister-in-law, Mrs Myles McNamara were present at her death.

The obsequies took place at St Joseph's Convent, Lochinvar on 26 June. In the absence of His Lordship, Most Reverend John Toohey, the Right Reverend Monsignor Forde, Vicar-General of the Diocese presided at the Solemn Office and Requiem Mass and a choir of over thirty priests chanted the office for the repose of the soul of Sister Mary Kevin. The celebrant of the Mass was Father Smythe with Fathers Williams and Campbell Deacon and Sub-Deacon respectively. Father T. McCosker was Master of Ceremonies. The cantors were Fathers Delaney and Hughes.

The interment took place immediately after the Mass in the Lochinvar cemetery, the clergy leading the cortege and the Sisters, relatives, friends and students of the College following the remains. Pall bearers were Messrs. G. Knipe, Burgess, McFadyen and Barry