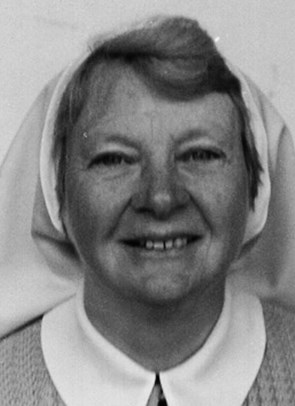 Catherine McNamara Gleeson was born on 13 February, 1928 to Daniel Joseph Gleeson and Catherine McNamara. The youngest of eight children, Roger, Dan, Mick, Jack, Rita, Cecilia and Pauline, Catherine grew up on her father's grazing property at Bow Creek in the Merriwa district. Catherine was a woman of deep faith, something which she attributed to the strong Irish Catholic tradition into which she was born.  Her grandfather, Rodger Gleeson had immigrated from County Tipperary, married Brigid Lennox and settled in the Wollar district near Mudgee.

Catherine came to St Joseph's College, Lochinvar as a boarder for her secondary schooling but always had the fondest memories of the tiny bush school at The Settlement, where she happily learnt to read and write and to study and love nature. On completing her secondary schooling, where her musical and academic achievements were outstanding, Catherine entered the Novitiate at Lochinvar and was professed as Sr M Maurice of Our Lady of the Sacred Heart on 4 January 1950. After the reforms of Vatican 11 to religious life, she reclaimed her baptismal name.

When Catherine was professed she would have loved to become an English teacher but Music teachers were needed at that stage, so with typical Josephite commitment to the needs of the time, she undertook Music ministry with characteristic dedication. She was a very gifted pianist, noted not just for technical excellence but for real artistry in her playing, and she loved to draw out the gift of music in others, both in schools and parish liturgies. Whenever possible she relished the opportunity to take other classes in the school which she did with creativity and a great ability to encourage and affirm the children she taught.

Over the years she served in many parishes teaching Music to individual pupils as well as to primary school classes at The Junction, Taree, Kurri Kurri, Aberdeen, Clifton Gardens, Wingham, Port Macquarie, Charlestown, Gateshead, Merriwa, Denman, Lochinvar and Krambach.

In 1976, with the introduction of the Wyndham Scheme, Catherine taught Music in the newly established Secondary School at Aberdeen. Those in the class who appreciated the beauty and soul of music were a delight to her, but she found it difficult to work with students who showed little interest in the subject.

When Catherine retired from music teaching she took up the ministry of pastoral care in a number of parishes. She had a great capacity for pastoral concern particularly for the sick and elderly, and she was never one to be deterred by rules and regulations from doing what she believed Jesus would have her do for the poor and needy. Her love of music still pervaded the pastoral work she did in Tuncurry, Carrington, Merewether Beach, Krambach, Windale, Summer Hill, Mayfield and Merriwa.

In 2005 as her health was failing Catherine became a resident at the Mt Carmel Hostel in Maitland, where she still continued the ministry of bringing God's love to those with whom she came in contact. In 2008 she moved to Calvary Aged Care at Cessnock and from there to St Joseph's Home at Sandgate, where she died peacefully on Thursday 13th March, 2014 aged eighty-six.  After the celebration of her Funeral Mass she was laid to rest in the Sisters’ section of the Lochinvar cemetery.