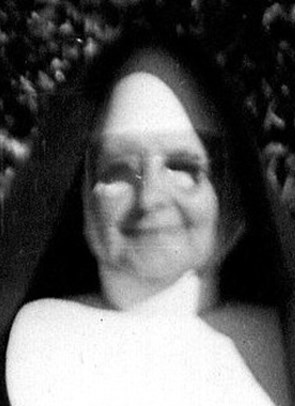 Catherine Kealy was born at Largs on 10 July 1884. Her father was Michael Kealy, a landowner and pastoralist and her mother was Mary Bowe. Catherine grew up in a large Catholic family of thirteen children. The family later moved to Dungog and became exemplary parishioners in that parish.

Having finished her Catholic education at Largs, Catherine came to Lochinvar and was re­ceived into the Novitiate on St Joseph’s day in 1901. She was given the name of Sister Mary Dorothea and was professed 7 January, 1904. She then set out on her life as a Sister of St. Joseph, beginning her apostolate at Glendonbrook and Wybong as a teacher of upper primary classes and subsequently at Wingen, Cundletown, Cessnock and Port Macquarie where she was a member of the founding community.

From 1920 Sister Mary Dorothea was engaged in ministries within the congregation. A person of managerial skills she was appointed as Bursar of the Lochinvar community and then as Congregational Bursar for over twenty years. Hers was a kindly administration, being very thoughtful and appreciative of the work of the Sisters. She was generous and alert to people’s needs and quick to note those who were finding life difficult whether they be community members, girls in the Boarding School, workmen or the tramps that called frequently.

During the years from 1943 until 1955 Mother Dorothea was one of the Congregational Councilors. A jolly and fun-loving person, she had an air of calm about her that inspired confidence. Her rock-like trust and optimism were a great support to Mothers Mary Aquin and Alphonsus in their administration of the Congregation in the difficult years of the Second World War and its aftermath.

The death of Mother Mary Dorothea on 10 August 1955 was a great shock as it was so sudden and unexpected. She had celebrated Mass in the morning and just an hour before her death was carrying on her duties as usual when she was stricken with a heart seizure. The priest was called and a medical practitioner was in attendance and she received the last rites of the Church.

The obsequies took place at St. Joseph's Convent, Lochinvar on the day following her death. His Lordship, Most Rev. J. J. Toohey, D.D., Coadjutor Bishop of Maitland presided in the sanctuary. A large gathering of relatives and friends, Sisters of St Joseph and the senior College Students were present. After the chanting of the Office by a choir of forty priests, Holy Mass was sung by Rev. H. Fenton with Rev. Father Lavery (Deacon), Rev. Father Brian Walsh (Sub-Deacon) and Rev. J. Delaney as Master of Ceremonies.

The interment took place immediately after Mass in the Lochinvar cemetery. The Bishop and clergy led the cortege and the Sisters, relatives, friends and students followed the remains. The pallbearers were Chas Kealy (brother), J. Ambrose (nephew), B. Heagney and M. Markham.