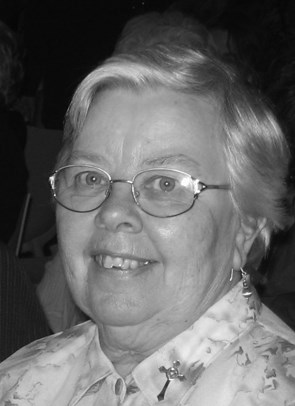 Colleen was educated by the Sisters of St Joseph in the local Catholic primary school at Krambach before proceeding to board at St Joseph’s College Lochinvar in 1949. In 1953, she gained her Leaving Certificate and won a Teachers’ Scholarship, University Bursary and a Commonwealth Scholarship which enabled her to attend Newcastle Teachers College in 1954.   Instead of taking up a teaching position in the State system Colleen’s father paid her bond and on St Joseph's Day, 19th March, 1956, she entered the Novitiate at Lochinvar and received the name Sr Mary Felicitas of St Joseph.

In 1986, while living in the housing estate at Booragul, her role changed to one of pastoral care. From 1986 to 1991 she took on the role of the pastoral care of staff and students at St Francis Xavier’s High School at Hamilton as well as teaching of Religious Education classes.

Colleen was alert for life-giving opportunities and took hold of them eagerly. She had a healthy interest in what was going on globally, nationally, among our Sisters and within her beloved family and in the lives of her friends.

During 1992 Colleen enjoyed a time of study and renewal at the Catholic Theological Institute, Hunters Hill, while at the same time doing a Clinical Pastoral Education Course at North Shore Hospital. This was followed in 1993 by a Spirituality Course, Siloam, at Canterbury in Melbourne where she completed a Spiritual Directors Course.  All this prepared her for her next ministry in 1994 when she was appointed Coordinator of the Tenison Woods Education Centre (TWEC), an adult faith education ministry of the Sisters of St Joseph based at Lochinvar.

In her formal ministries as a secondary school teacher, a school librarian, a pastoral care worker in the school, a chaplain in a nursing home, a spiritual director and as the coordinator of the TWEC ministry for nineteen years Colleen was ever ready to give a helping hand whenever it could ease things for another.  In her life as a Sister of St Joseph, she radiated Christ’s loving, not only through her capabilities but very convincingly in her simple beauty as a warmly relating woman. The first sign of Colleen’s loving care was her smile, open and gladly welcoming, which received, made each person count.  Associates of TWEC described Colleen as being an inspiration, always so welcoming of us all, a guiding light, a blessing in our lives, a listening heart deepening our faith life, a wonderful faith-filled woman.

To her strong calling to be a Sister of St Joseph of Lochinvar, Colleen brought a joyous vitality until ill health slowed things down.  In 2013, due to a bout of ill health, she relinquished her role of Coordinator of TWEC and after a short recuperation took up assisting in the Congregation Archives.

In the last weeks of her life Colleen became progressively ill.  On 1 September 2016, she was taken to hospital where she suffered a series of strokes. After eight weeks at the John Hunter Hospital despite tireless efforts to save her, she died peacefully on 25 October.

A large congregation of relatives, friends and colleagues participated in her funeral liturgy in St Joseph’s Convent Chapel Lochinvar on Tuesday 1st November 2016 after which she was buried in the Sisters' Cemetery at Lochinvar.