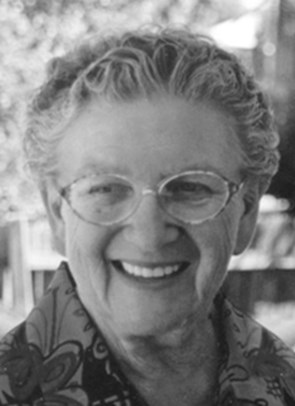 Elenor Terese was born at Gosford, NSW  on 5th February 1929, the only child of William Dobinson  McLauchlan  &   Jessie May Henderson. Six months later, when her father lost his job in the Depression, the family went to West Wallsend to live with grandparents before moving to Swansea when Elenor was three.

Family bonds, close in affection and deep Catholic faith, loving care for family, hard work, hope and determination in the face of adversity, gave Elenor her grounding in simplicity, constancy and an affinity of heart with the needy and the struggling.

From early childhood, Elenor showed signs of an extraordinary gift of music. She was taught by local music teachers till the arrival of the Sisters of St Joseph in Swansea. She attended the local Public School, the only school nearby, till 1943 when she went to St Joseph’s Secondary at Merewether.  She became a boarder at Lochinvar from 1944 till 1946 and took up "music seriously for training to be a music teacher after joining the congregation as a Sister of St Joseph." Her teacher was Sr M Cecily, another musical genius. By the end of 1946, she had gained her Associate Diploma in Music, in piano as well as Honours in Grade 3 in Singing and Musical Perception.

Her life as a Sister of St Joseph began when she entered on 13 June 1947 and was given the name Sr Mary Ignatius of Jesus.  After novitiate during which she learned violin and taught piano, singing and violin she was professed as on 4th January 1950.

Elenor had a long and happy career teaching music throughout the diocese and beyond in both primary and secondary schools. Her joy in her pupils was infectious and she took great delight in improvising music to suit any occasion and often composed clever lyrics to accompany well known songs. Her ministry always involved music whether instrumental or choral. Church liturgies were an important part of Elenor’s days.

After many years, her growing interest in the healing power of music led her "to follow her dream to be a music therapist". With courage, determination and also fear and with no academic experience at this level, she commenced study in 1992.  In 1998 she gained her Bachelor of Arts through the University of New England and the next year her postgraduate Diploma in Music and Therapy at Sydney University of Technology. Thus she became a registered music therapist at the age of seventy. Because of this she was able to reach out to people in Aged Care, in Dementia units, Stroke victims, Children with ADDHD, AIDS sufferers as well as a whole range of intellectual impairments.

She retired to Tenison Apartments in Swansea, back to her origins in 2003. Here again she was constantly sharing her gift of music in the Swansea Catholic and Uniting Churches, at Belmont wherever she was asked and at Tenison Apartments, with prayer gatherings of all denominations, singalongs and celebrations, making music to suit each person.

Elenor’s gift of music was at the service of love. In her last year, though still responding generously to numerous calls to play, with her health declining, Elenor was often found sitting peacefully in her room, Rosary or prayer book in hand.

In 2010, Elenor experienced poor health but was able to celebrate her diamond Jubilee of Profession with her extended family. However, the weakening of her system made it necessary for her to move to St Joseph’s Nursing Home at Sandgate where she spent the last month of her life and on Thursday 24th February, Elenor slipped gently off to God.

After funeral Mass in St Joseph’s Convent Chapel, Lochinvar on Monday 28th February, 2011 Sr Elenor was buried in the Sisters' Cemetery at Lochinvar.