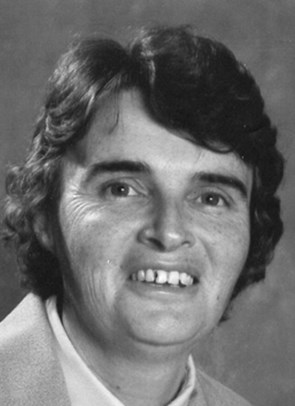 Helen Brooks was born to William Brooks and Marjorie Hughes on 28th June, 1942 at Charlestown. Her father was a merchant seaman and died when Helen was very young.

Before entering at the Novitiate at Lochinvar on 2nd February, 1965, Helen trained as a nurse at the Mater Hospital in Waratah.  Helen took the religious name of Sr Mary Lucina of the Sacred Heart of Jesus.  Her Profession took place on 30th February, 1967 and Final Profession on 23rd July, 1972.

After completing her teacher training at Signadou College in the ACT and while living at the House of Studies at Lyneham, Helen began work in the school at Belmont teaching Infants. From Belmont she went to Summer Hill, Muswellbrook, Gateshead, Gloucester and Taree. Sister Helen also did further studies at Signadou by correspondence where she obtained her Diploma in Teaching in 1981. Sister also learnt music and sat for exams for the trumpet at which she was successful.

Her greatest wish was to go to the Josephite Federation Missions in Papua New Guinea and she had applied to the Congregational Leader and Council to be considered for work in the Missions. However, it was while she was working in Taree that the accident occurred which caused her death.

Sister Helen was driving Sr M. Jude to Newcastle to her mother's home as she had just returned from her time in Queensland where she lived for health reasons. Sister Mary Cecily was also supposed to go to Newcastle to take luggage to her new appointment. However, Sr Helen offered to deliver it for her. Sister  Helen was doing acts of kindness for both Sisters on that fatal morning.

Both Sisters Helen and Jude were killed instantly when a couple towing a caravan came over the rise on the highway between Taree and Nabiac, lost control and veered across the road into their car. All involved in the accident died at the scene except the wife in the other car.  She was taken to Taree Hospital but died soon after.

The double Requiem for Sister M Jude and Helen was at 10.30 a.m. on Saturday 21st December, 1985. Approximately, fifty priests attended with Sister Helen's relatives including her mother, Mrs Marjorie Brooks and aunt, Mrs Ferguson as well as her brothers and sisters and a large number of Sisters. Many tributes ﬂowed for both Sisters.

The burial took place at the Sister's section of the Lochinvar Cemetery .