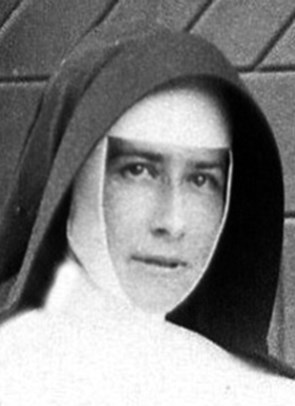 Christine Bussell was born on 11 October, 1864 in West Maitland, the daughter of Thomas Bussell and Jane Hazlet. Her father was a cabinet-maker who established a successful business in Tamworth and was later joined there by his family. Theirs was a hard journey: a train took them to the end of the line at Singleton and they went aboard the old Cobb & Co bus and along a tortuous road infested with bushrangers. Some years later, the Dominican Sisters went to Tamworth and began a school which Christine attended until the end of her studies. From there she went Newcastle to begin training as a seamstress and to learn the art of embroidery which she successfully negotiated and put to good use in later life.

Christine came to Lochinvar on 29 January, 1889 and was professed on 28 December 1891 as Sister Mary Agatha. A younger sister, Ellen followed her to the Novitiate and died there at a very young age.

Brookfield was her first appointment. This was followed by Lochinvar, Largs, Carrington, Cessnock, Dungog, Wingen, Burwood, Aberdeen, Wybong, Cundletown, Glendonbrook, Cardiff, Merriwa, Wingham and Gloucester where she passed on to little children her love of the faith. A born organiser, she knew how to use her talents well to spread the good news of the Gospel.

In 1906 a new Convent was opened at Wingen and Sister Mary Agatha was one of three Sisters who were the pioneer members of that community. From place to place she extended the knowledge of adults who, having been poorly instructed, sought her assistance. After her long years of service she returned to Lochinvar.

Sister Mary Agatha died from pneumonia in the Infirmary on 1 June 1959 in the presence of Mother General, Sisters of the community and Fr Flatley who gave the last absolution and recited the prayers of the dying. Sisters Mary Agatha was in the 95th year of her life and the 68th of her religious profession. Within twenty-four hours of her death her life-long companion Sister Mary Rose Philson died.

The Solemn Obsequies of the Church were carried out for Sister Mary Agatha and Sister Mary Rose Philson, two of the pioneer Sisters of the Congregation at St Joseph's Convent, Lochinvar, on 3 June, 1959. His Lordship, Most Rev. J .Toohey, D.D., presided in the Sanctuary and a choir of thirty-five priests chanted the Divine Office after which Mass was celebrated for the two deceased Sisters, the celebrant being Rev. Brian Walsh, a former pupil of both Sisters.

Sister Mary Agatha was then buried in the Sisters’ section of the Lochinvar cemetery.