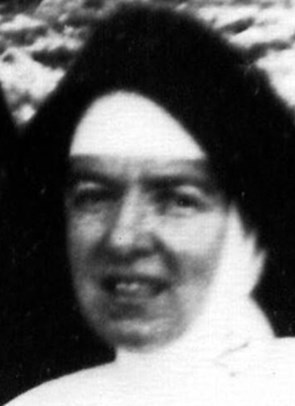 Alice Crowe was a member of a family of five children of William Crowe and Sabina Barry. She was born at Campbell's Hill (Maitland) on 10 April 1881. She went to school to the Dominican Sisters at Maitland and having concluded her school life, she remained with the Sisters to teach the children in St. John's School.

Upon her Profession, Sister Mary Bonaventure began the work of a Sister of St. Joseph. She was in many of the schools of the diocese, engaged in teaching at Lochinvar, Largs, Glendonbrook, Krambach, Cundletown, Burwood, Merriwa, West Wallsend, Abermain, Cessnock Gloucester, Port Macquarie, Wauchope and Swansea.  She quickly gaining the confidence of her pupils. Several times she was the Superior of a little community.

Sister Mary Bonaventure led a long life thus engaged until the last few years when failing health caused her to withdraw from active work to a more contemplative life.

On 22 June, death came quietly and peacefully to Sister M. Bonaventure Crowe at St Joseph's, Lochinvar after a short illness borne with her usual patience and brightness.

The Solemn Requiem and Office was celebrated on 23 June, with His Lordship Most Rev. J. Toohey, D.D. presiding in the Sanctuary. Over forty priests were present, among them Rev. Fathers Byrne (Belmont), Pegrem (Toronto) and Corbin (Swansea), where Sister M. Bonaventure was stationed until a few weeks before she returned to Lochinvar because of her failing health.

The Celebrant of the Mass was Rev. Terence Crowe (grand-nephew of Sister M. Bonaventure) from Wollongong, at whose Ordination Sister had the great joy of being present the previous year. Rev Fathers Smythe and Ryan were Deacon and Sub-deacon respectively and B. McCosker Master of Ceremonies. Cantors were the Rev Fathers. G. Flately, J. Delaney, J. Lavery and F. Coffey.

Pall-bearers were four grand-nephews of the deceased, Bernard, Peter, William and David Crowe.