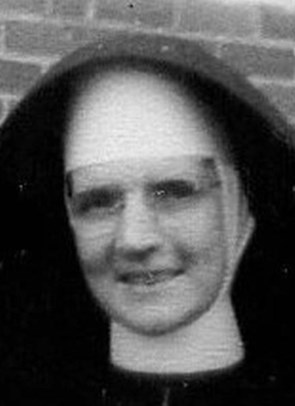 Kathleen Ann Moylan was born on 20 August 1907. Her parents were John Moylan and Ann Steinmetz. She grew up on a dairy farm at Kolodong near Taree in a family strongly established in the faith. Her older sister, Jessie had entered the Sisters of St Joseph at Lochinvar in 1923 becoming known as Sister Mary Cyril. Six years later Kathleen entered the Novitiate at Lochinvar on 8 September 1929, taking the name of Sister Mary Cleophas of the Mother of God. She was professed on 6 July 1932.

Sister M. Cleophas engaged in the ordinary work of a Sister of St Joseph, teaching in a number of schools mostly in the Maitland Diocese. The parishes of Cardiff, Dungog, Cessnock, Merewether, Largs, Newcastle, Carrington, Merriwa, Aberdeen, Port Macquarie (Lismore Diocese) and Lochinvar all benefited from her good work as did her Sisters in the congregation, the children in the schools and the priests in the parishes where she served. She had great devotion to the rule, fidelity to religious life and she sought the advice of others. She was a refined lady, humble, gentle and quiet, always eager to fulfill with quiet strength the role that was hers, constantly busy in teaching and good works.

At the end of her life came the cross of suffering in the form of a grave illness which Sr Cleophas endured without complaint. Being a closely knit family, the company of her brothers and sisters, Mrs Gallagher, Misses Patricia and Clare Moylan and Sister M. Cyril and her brothers Len and Jack Moylan gave her great comfort.

After a long illness, Sister M Cleophas died in Lochinvar on Friday 17 April 1970, aged sixty-two. On the following day, Concelebrated Requiem Mass took place in the Convent Chapel at 11.00 am. The concelebrants were Rev Fathers Peters, Burke and O'Neill. His Lordship, Bishop Toohey presided and preached the panegyric. Following the Mass Sr Mary Cleophas was buried in the Sisters' section of the Lochinvar Cemetery.