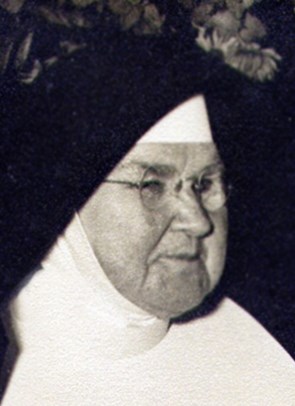 Nora Doohan, the daughter of Martin Doohan and Norah Shearne was born at Merewether on 5 October 1886. There were eleven children in the family.

Nora entered the Novitiate at Lochinvar in 1903 and was given the name of Sister Mary Gertrude.  She was professed in 1906.

During her religious life she worked in many convents and taught in many schools in the Diocese of Maitland at Lochinvar, Dungog, Cundletown, Merriwa, Carrington, Cessnock at both St Patrick’s and Mt St Joseph’s, Kurri Kurri, Wingham, Kendall and Gresford. At Gresford supported by her prayer and example, the Sisters engaged in the Motor Mission. At another time she was involved in the education of new arrivals to Australia at the Greta Migrant Camp. She held closely to the traditions built up by the Sisters of St Joseph and faithfully and devotedly gave herself to her vocation and to her teaching apostolate.

At the end of a long span of eighty-two years, on 22 June 1969 Sister M. Gertrude Doohan passed to her eternal reward. The Requiem Mass was celebrated in the Convent Chapel on 24 June and was followed by the burial in the Sisters’ section of the Lochinvar cemetery.

His Lordship Bishop Toohey D.D. presided at the Requiem Mass and preached the panegyric. The Celebrant was Very Rev. Father Limeburner SM, Sister Mary Gertrude’s cousin.  The Deacon and Sub-deacon were Fathers R. Smythe and R. O'Neill while Father L. Driscoll was Master of Ceremonies.