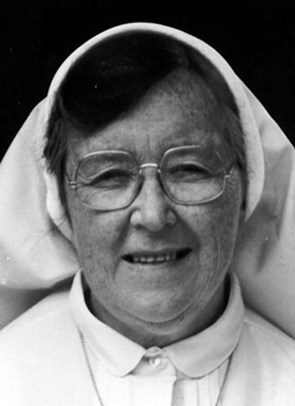 She was educated in Wauchope, first at Wauchope State School, and then as one of the early pupils at St. Joseph's Wauchope when it opened in 1921 and where she eventually gained her Intermediate Certificate. After Secondary School Jean Walsh (as she was known locally) did Secretarial Studies and held secretarial positions in both Wauchope and Sydney before she entered the Novitiate on 1 July 1937.

To those who really knew her, the decision to become a religious was no surprise for they were aware of her great love of God and leanings‘ towards prayer and contemplation. To the worldly wise it was inexplicable, for Jean Walsh had so much "going" for her — physical beauty and quiet charm, competence, intelligence and artistic talents. To one who questioned her on her reasons she replied, "My only reason is to love God more."

Sister Henrietta was professed on 3 January 1940 and having gained her Leaving Certificate and Teaching Certificate, began her teaching career in Lochinvar in 1941. During subsequent years she taught secondary classes at Merewether, Lochinvar, Cessnock and Gateshead.

She was a conscientious and gentle teacher who worked hard to impart life values as well as knowledge that would help her students to make their way in life. During her illness beautiful flowers and cards often arrived from former students all bearing the same message of love and gratitude.

In I972 Sister Henrietta was appointed Secretary General to the Congregation, a position she held for 11 years and to which she devoted her talents generously and competently. During the first five of these years she also taught in the Secondary School and completed her Bachelor of Arts degree at the University of Newcastle.  At the end of 1987 she was relieved of this congregational office because of illness.

Sister Henrietta was a loyal person — loyal to the Church, her Congregation, her family and her work. She loved beauty, whether in nature, art, music or literature. Beautiful scenes enraptured her — the sea, sunrise and sunset, the night sky, rain forests, plains or mountains and the exquisiteness of even a single flower; and she revelled in the beauty of poetry up to the final few weeks of her life.

Sister was a perfectionist, and for perfectionists life can be frustrating as they strive for that elusive final touch to make what they are doing satisfyingly complete. Many remember the struggle Sr Henrietta had to get things done on time,

After a two year struggle with cancer she died on 23rd Oct 1988 at "Wyndermere" Palliative Care Unit at the Allandale Hospital where she had been a patient for 11 days.

Her funeral Mass took place on 25th October with Mgr Philip Wilson as the chief celebrant.

Taken from Words of Remembrance by Sr Anne Cavanagh