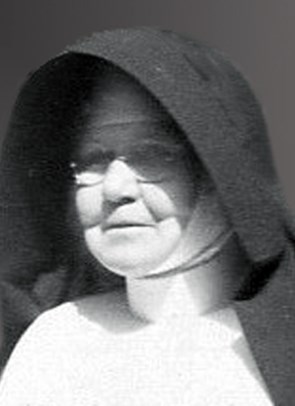 Mary Anne Comerford was born in Sydney on 1 December 1867 and was the daughter, one of the numerous family of James and Mary (Phelan) Comerford. The family moved to Newcastle where the children were educated by the Sisters of Mercy.

Soon after her entrance into the Sisters of St Joseph at Lochinvar in March 1884 and being given the name of Sister Mary Patrick, Mary Anne was entrusted with the work of teaching for which she was particularly well adapted. She was the second person to enter the Lochinvar congregation. The first postulant Sister Mary Gertrude McNamara entered in January 1884 four months after the foundation began at Lochinvar. However as she left to become a member of the Sisters of St Joseph of the Sacred Heart in North Sydney in 1900 Sister Mary Patrick was the first postulant to enter and remain at Lochinvar for her whole life.

Weight of years compelled her towards the end to cease from vigorous work and from Christmas 1950 she rested quietly at the Mother House, Lochinvar till the end came very peacefully on 25 July 1951, after an illness of some weeks.

The obsequies were held on 26 July in the Convent Chapel. His Lordship, Most Rev. E. Gleeson, C.SS.R., presided with a choir of forty-two priests, among whom were Right Rev. Monsignor V. F. Peters, Vicar General and the Rev. Fathers J. Gajowski and Claude Okoun, O.P.M. Celebrant of the Mass was the Rev. G. P. Youll, with deacon Rev. James Boberg (grand-nephew of Sister M. Patrick) and sub-deacon the Rev. James Dilley. The funeral took place in the Sisters' plot in St. Patrick's Cemetery, Lochinvar. His Lordship the Bishop pronounced the last Absolution and recited the prayers in the chapel. The College students formed a guard of honour as the casket left the Chapel, preceded by the Bishop and Clergy and followed by Sister Mary Patrick’s relatives, her religious community, friends and Lochinvar parishioners, Children of Mary and school children.

Sister Mary Patrick Comerford was eighty-four years of age, sixty-five of which had been lived as a Sister of St Joseph.

From excepts taken from the Maitland Sentinel