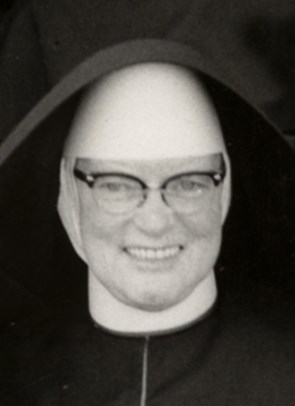 Sister Mary Pauline, nee Anne Clune, was born on 14 January, 1900, at Cundletown on the Manning River. She was one of nine children born to John Clune and Ellen Mary Moylan. After school at Cundletown, she went to Lochinvar for her secondary training. On 8 December 1919 she entered the Novitiate at Lochinvar and took First Profession on 6 July 1922.  When she was finally professed, she taught in primary and secondary schools and as a music teacher, teaching the violin.

She had appointments at Merewether, Denman, Port Macquarie and Lochinvar. From 1942 until 1952 she was in charge of Boarders at Lochinvar; in 1952 she became Superior at St Joseph's Convent, Merewether and in 1955 she was elected Superior General of the Sisters of St Joseph, Lochinvar.  After twelve years as Superior General, she relinquished the post in 1967 and was immediately elected Second Councillor to Mother Cletus. She continued to live at Lochinvar and continued teaching especially the violin until terminal illness was diagnosed in February 1980.

During her term as Superior General, the Sisters of St Joseph of Lochinvar received Definitive Approbation from the Holy See as a Congregation of Pontifical Rite. The Federation of Black Josephites was launched during those years and the Secondary Schools of the Congregation were adapted to the requirements of the Wyndam Scheme. New Houses were founded at Windale, Forster-Tuncurry, Newcastle, Morisset, Ayr in North Queensland, Edgeworth and St Mary's, Gateshead. In 1964 the Motor Mission in Gresford was undertaken.

The life of Sister Mary Pauline was filled to the last with work for God and for his people, especially works forwarding the aims of the Sisters of St Joseph. Sisters remembered that when her years as superior were over, she gave herself wholeheartedly to the work prescribed by her successors. It is generally a good sign of the proper exercise of authority that the one laying it aside can give generous and whole hearted support to those who succeeded her.

Sr Mary Pauline had great faith and utter dedication to the will of God. The onset of serious illness was a great test of her genuine dedication to the will of God. During the last eighteen months of her life Sr Pauline made valiant efforts to attend Mass each day. She regularly invited visiting priests to say Mass in the Rest Home for retired Sisters as she had an extraordinary love of the Mass. She was very kind to the priests of the Diocese of Maitland, cooperating with them in building the Kingdom of God in the diocese.

Sister Mary Pauline was enthusiastic about authentic and genuine reforms, she yearned for the priority so often spoken of by Pope John Paul II— the priority of the vertical dimension in the religious life.  Sister Mary Pauline worked hard, during her long life to fulfil God’s will, as she saw it. She was happy in her life as a religious, whether as teacher, superior, playing her violin or enduring the ravages of her last illness with patience and acceptance of God's Will.

Sister Mary Pauline died on 13 May 1981 and was laid to rest in the Sisters’ section of the Lochinvar cemetery.