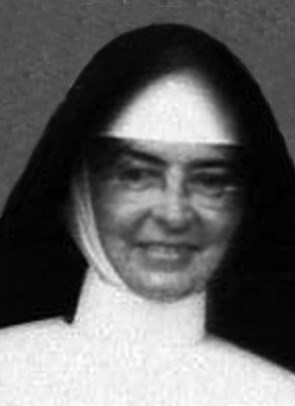 Cecilia Gallagher was born in Krambach on 10 July 1887. She was one of the ten children born to Thomas Gallagher and Cecilia May whose home was an example of faith and love. Cecilia entered the Novitiate at Lochinvar on June 10, 1904 and was given the name of Sister Mary Pius. Three other members of her family became Sisters of St Joseph of the Goulburn congregation.

During her long years in the congregation she taught in many schools in the Maitland Diocese and beyond. She lived and worked in Lochinvar, Burwood (later known as Merewether), Merriwa, Carrington, Cessnock, Wybong, Largs, West Wallsend, Glendonbrook, Dungog, Taree, Abermain, Port Macquarie, The Junction and Summer Hill.

On 27 June, 1969, the feast of Our Lady of Perpetual Succour, Requiem Mass was celebrated in the Convent Chapel at Lochinvar for the repose of the soul of Sister Mary Pius Gallagher who died at Lochinvar aged eighty-two after sixty-two years as a professed Religious.

His Lordship, Bishop Toohey presided and preached the panegyric. Father V. Dilley celebrated the Mass after which Sister Mary Pius was laid to rest in the Sisters’ section of the Lochinvar cemetery.

From the Lochinvar Magazine