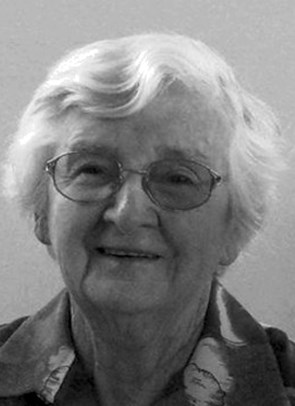 Margaret Teresa Connell, daughter of James Connell and Margaret Meade was born at Kurri Kurri on 4 April, 1922, a sister to Mary, John, Edward and Thomas. Three more siblings were born after Margaret: James (Jim), Therese and Frederick. She attended St Joseph’s Primary School, Kurri Kurri and the Dominican Sisters at Maitland for her Secondary Schooling.

When Margaret entered the Convent of Sisters of St Joseph at Lochinvar on 1  January, 1941, her hometown was Lithgow. Her father, being a Mine Under-Manager, had moved as part of his work. After completing her Novitiate Margaret attended Lochinvar Training College and gained a Teachers’ Certificate when Dr Thompson examined the class in 1942.

Margaret, after one year of Primary Teaching at Cundletown, was asked to teach in Secondary Schools. She taught at Lochinvar, Taree, Port Macquarie before taking on the role of Principal in Wingham. Thereafter she taught at The Junction, Taree and Lochinvar, as Principal at St Mary’s Gateshead, followed by Muswellbrook and Taree again.  Margaret is remembered as a just and fair teacher. She was a woman of integrity, who could appeal to the better nature of students who were never left in doubt that she really cared about them.

Margaret’s move from schools began when she was appointed Secretary General and a member of the General Council in 1982-86. After a year of study and renewal at Dundas, she volunteered to be one of the community working as a pastoral presence at the Booragul Housing Estate. Her support work in St Joseph’s Nursing Home Lochinvar, the House of Hospitality and Southern Cross Tenison Apartments at Swansea and parish pastoral work in Charlestown and Kurri Kurri formed part of her ministry in later years.

In remembering Margaret, Sisters spoke of her faithfulness, her prayerfulness, her leadership skills as a school Principal, her support for teachers, her students, Sisters in community and then on the Leadership team.  She was very generous, always over and above the call of duty and she had a good sense of humour and sense of fun. She could always find a way around things, believing that people were far more important than rules.  Her  family were able to say in spite of changing times and ways of doing things in society, Margaret always accepted their decisions without judgment and with great love.  They never heard their Aunty Margaret criticize anyone.

In 2005 Margaret moved to Lochinvar Holy Family Wing and from there in 2008 to St Joseph’s Home at Sandgate to receive more care.  It was there at St Joseph’s that Margaret died peacefully on  Thursday 18 September, 2014.  She was buried in the Sisters' section of the Cemetery at Lochinvar

Taken from Words of Remembrance by Sr Margaret O’Sullivan