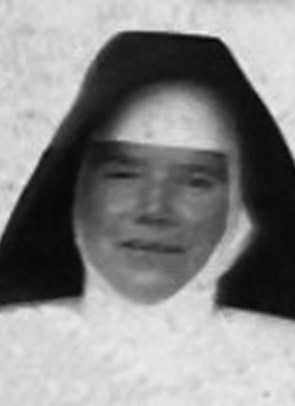 Ellen Chapman, a daughter of John and Margaret Chapman (née Saunders), was born on 31st January, 1886 at Greta where her father was Hotel Keeper. The family later moved to Newcastle.

The Lochinvar Diary for 6th January 1913 records: "Miss Chapman from Burwood was received as a postulant, in religion Sr. Margaret Mary of the Sacred Heart."  Ellen was the second of two Chapman sisters to become Sisters of St. Joseph at Lochinvar, her younger sister Emily (Sr M Dominica) having entered in February 1912..

After Profession on 30 June 1915, she was stationed at Brookfield before going to Cundletown in July, 1917. Sister also taught at Largs, Krambach, Port Macquarie, Abermain, Dungog and Lochinvar. It is recorded: "Sr, Margaret Mary loved teaching and was well known as a very successful teacher both in the branch houses and at Lochinvar."

In 1929 sister's health was causing concern; for some years she had been enduring considerable pain and discomfort and was under the care of Dr. Gardiner. She was stationed at Largs in the first half of 1930, but was brought to Lochinvar in June, spent some weeks in the 'Mater' Hospital, and returned to the Infirmary at Lochinvar on the 12th August.

Sr. Margaret Mary Chapman died at Lochinvar Convent at 10.10pm on the 18th of October, 1930. Her father and brother had visited her that day, and Dr. Gardiner came to see her in the evening.

In an account of her death we read: "Sister Margaret Mary passed peacefully away after about three years of suffering, at the early age of forty-five, her heroic patience under acute and continued suffering will be a life-long lesson." ('Lochinvar' 1930)

Office for the Dead and Requiem Mass were offered for her in the Convent Chapel on the 20th October, followed by her burial in the local cemetery.