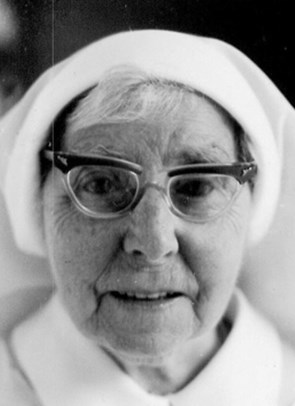 Mary Josephine Ormonde, the eldest of six children, was born on 24 July, 1899 in Kirkcaldy, Scotland of Irish parents, Jeremiah Ormonde and Brigid Reilly. Her parents migrated to Australia in the early 1900’s. They settled in Kurri Kurri where her father was a miner.  When her mother died at a young age Mary became the mother figure for her brothers James, Thomas, William and Peter and her young sister, Kit.  The children were placed in boarding schools. The boys went to St Joseph’s at Aberdeen and Mary and Kit to St Joseph’s College in Lochinvar. She loved her family and remained very devoted to them and they to her throughout her long life.

Mary Josephine entered the Novitiate at Lochinvar on the 23 January 1917, was given the name Sister Mary Phillipa and was professed on 2 July, 1919. She became a great infants school teacher and was renowned in the Department of Education for the teaching of Reading.

Those who worked with her in schools remembered her as a gentle, loving person who enthusiastically communicated to her “little ones” the way of God and the love of God, not in a preachy way but naturally and simply.  She continued teaching young children to read and write well into her seventies, always with patience and gentleness.  She lived and taught in Merriwa, Aberdeen, Merewether, Clifton Gardens, Kurri Kurri, Krambach, West Wallsend, Lochinvar and Kendall.

As there was concern about her health, Sister Mary Phillipa came back to Lochinvar and was resident in the Nursing Home where she died as she had lived, peacefully and quietly on 4 August 1991 at the great age of ninety-two years.  After her Funeral Mass in the convent chapel she was laid to rest in the Sisters’ section of the Lochinvar cemetery.