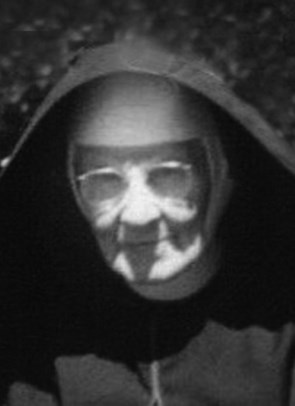 Mary Kauter was born on 18th January, 1880 at Lochinvar. She was the daughter of Nicholas Kauter and Jane Boland. The family consisted of six boys and two girls all of whom predeceased her.

The greater part of her labours were spent at Port Macquarie, Taree, Carrington and Swansea though she was also stationed in Lochinvar, Burwood, Merriwa, Largs, Dungog, Wingen, Cundletown, Aberdeen and Charlestown where she taught primary classes. Hers was a quiet retiring nature but people knew her for the strength of her faith, inherited from her strong Catholic family. Most of her labours were kept hidden and were known only to her community. She was a kind and gentle person and her special apostolate seemed to be her devotion to the sick and suffering, joined with an extraordinary confidence in Saint Joseph. Her faith, was evidence in all her undertakings. Sister Teresa was in charge of the Convent at Swansea, whence she returned to Lochinvar to prepare for her end when she felt no longer able to fulfill her office in the branch house.

On Monday, 8th March, 1965 Sister Mary Teresa died peacefully and quietly surrounded by members of the Congregation who had been in constant attention round her bedside from the moment she had a seizure on the previous Thursday night. Up till then, Sister although very feeble, had been able to attend the Community observances and even on Thursday morning had assisted at Morning Mass in the Chapel and attended the other community exercises during the day. At 6 p.m. she had a seizure, the priest and doctor were summoned, the last rites of the Church were performed and the doctor pronounced death was imminent. Sister Mary Teresa died on the following Monday afternoon at 3 p.m.

Her cousin, Sister Mary Gerald, a Sister of Mercy from the Mater Misericordiae Hospital in Sydney, came to visit her during these last days as did her nieces, Sister Mary de Paul from Summer Hill in Sydney and Alice Kauter from Inverell.

The Solemn Office and Requiem Mass took place in the Convent Chapel at Lochinvar at 10.30 a.m. on Tuesday, 9th March. In the absence of His Lordship, Most Rev. John Toohey, D.D., Right Reverend Monsignor Forde presided and officiated at the graveside. A choir of thirty-two priests chanted the Office of the Dead. The celebrant of the Mass was Rev. Maurice Boland. C.S.S.R. (a cousin of the deceased) with Rev. Fathers Coolahan and P. Ryan Deacon and Sub-deacon respectively. Rev. Father McCosker was Master of Ceremonies and Rev. Father Hayes assistant, while the Cantors were Rev. Fathers Flatley and Driscoll.

The internment took place immediately after Mass in the Lochinvar cemetery. Monsignor Forde and the clergy led the cortege and the Sisters, senior students and friends followed. Pall bearers were Messrs. Burgess, McFadyen, Knipe and Shannon.