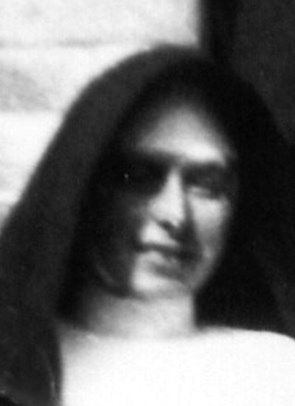 Mary McDonnell was born in Newcastle on 7 December 1880. She was the eldest of nine children of Bryan McDonnell and Catherine Schally.

Mary entered the Congregation of the Sisters of St Joseph of Lochinvar on 8 December 1905 and was given the name of Sister Mary Perpetua. She was professed on 2 July 1908, and spent her religious life at various convents in the diocese at Lochinvar, Brookfield, Merriwa, Carrington, Aberdeen, Gloucester, Charlestown, Cessnock (Mt St Joseph’s) and Largs. She was known for her gentle disposition.

Her last appointment was at Wingen where she was stationed until a few weeks before her death. At that time her failing health gave cause for alarm. She was then brought to the Mother House at Lochinvar and medical advice was sought.

Consequently, she was admitted to the Mater Misericordiae Hospital at Waratah where for some short time she appeared to improve but on the Sunday prior to her death, an urgent operation was considered necessary. From this time on she gradually weakened and died peacefully on the morning of 9 August, about 8.00 a.m.

The interment of Sister Mary Perpetua McDonnell took place in the Sisters’ section of the Lochinvar cemetery, being preceded by the Solemn Office for the Dead and Requiem Mass at which His Lordship Dr Toohey presided. The Celebrant of the Mass was Rev Father Flatley. The Deacon and Sub-deacon were Rev Fathers Purcell and Henessey, C.SS.R. respectively.