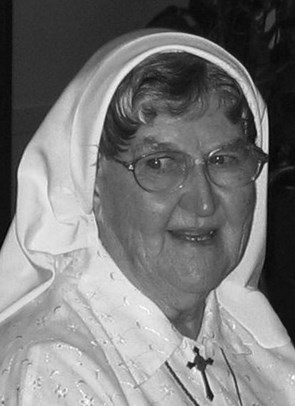 Nora Margaret was born in Newcastle to Peter Connolly and Hannah May nee Campbell, the youngest of their six children.  Her father, born in Newcastle upon Tyne, was a member of the New South Wales Legislative Assembly, representing the seat of Newcastle from 1927 to 1935. With her siblings Mary, Luke, Raymond, Peter and Rita, Nora grew up in a loving, faith-filled family, attending the Sisters of St Joseph Primary and Secondary Schools at The Junction before completing her secondary schooling at Lochinvar. She had a great gift for music and gained qualifications in extra-curricular Trinity College Music and Speech examinations.

Nora joined the Novitiate with her cousin, Maureen Idstein at Lochinvar on 27 December, 1944, taking the name of Sr Mary John of the Mother of God. She was professed as a Sister of St Joseph on 2 July 1947.

Following her Novitiate and teacher training, Mary Nora lived in many communities, teaching Infants and Primary school classes in Sydney, Newcastle suburbs, many country towns (Taree and Merriwa twice), Parkside in Ayr North Queensland and in Levin in New Zealand during a year’s exchange within the Federation of Sisters of St Joseph.  Full time teaching was followed by parish pastoral work in Krambach and West Wallsend, and a renewal year at the Assumption Institute in Melbourne. Mary Nora then became the Coordinator of Religious Education in State Schools in the Newcastle inner city area. In fifty years Sr Mary Nora taught in fifteen Catholic and several State schools.

After her golden jubilee of profession, Sr Mary Nora opted for a more contemplative life, joining two other Sisters with the same desire, offering prayer space to others. After six years in this community at Merewether, she lived in community at Cardiff and Kilaben Bay before moving to St Martin de Porres Hostel  in Waratah, and then in 2011 to St Joseph’s at Sandgate.

Sr Mary Nora was a person of prayer, a devout woman, lovingly committed to her life as a Sister of St Joseph. Her prayer nourished her life and her ability to be a caring presence for others. She loved her family dearly and loved Newcastle, the place of her youth and ministry for many years. She was a woman with an eye for people needing a word of comfort. After her teaching years, she reached out to many with visits, phone calls and cards.

Sr Mary Nora died peacefully on 25 September 2018 at Sandgate where her Funeral Mass was celebrated in the chapel there on 2 October with many of Sister’s nieces and nephews and Sisters of St Joseph present.  Father Peter Street presided with Father Tony Brady. After the Mass the cortege moved to Lochinvar where Sr Mary Nora was laid to rest in the Sisters’ section of the cemetery.

Based on Words of Remembrance by Sr Jan Tranter