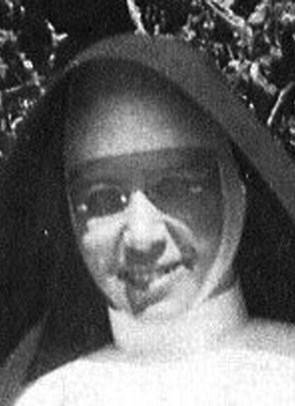 Mary Paul was born 15th April, 1886, the year after our Sisters made a foundation in her home parish of Merriwa. She was one of six children of William Paul and Jane Frances Walsh.

Taught by the Sisters of St Joseph in Merriwa, she received the vocation from God to be a religious and went to Lochinvar on 16 July 1905.  She was given the name of Sister Mary Antoninus and was professed on 8 January 1908 with Srs Ita Moy, Kevin McNamara and Marcellus Treacy.

She ministered principally in the schools in the southern part of the Diocese and also in Lochinvar, Port Macquarie, Wingen, Taree, Cessnock (Mt St Joseph’s), Denman,  West Wallsend, Carrington, Cessnock (St Patrick’s).   Having a special gift for music she had the advantage of being able to influence individual pupils.

Strong in her faith, Sister Mary Antoninus was ardent in devotion. Her pupils loved her and she had an interest in their health, education and studies but mainly she tried to pass on to them the faith she possessed. God gave to her a long life during which she brought many to know, love and serve Him.

In months before her death she had experienced some symptoms of illness but her death came suddenly and unexpectedly. She was accompanying another Sister (Sr M Camillus) to Newcastle for a doctor's appointment when she was seized with a coronary occlusion in Hunter Street, Newcastle, just outside Ells Bookshop and dropped to the pavement. A Sister of Mercy from the Mater Hospital arrived immediately on the scene and took over her care. She called for an ambulance and Sister Mary Antoninus' body was taken to the Mater Hospital where Sister was anointed and pronounced dead.

On Thursday, 15 October, the Solemn Obsequies of the Church took place, His Lordship, Most Rev. J. Toohey presiding in the sanctuary and a choir of thirty-nine priests chanting the Divine Office. At the conclusion of the Office, Holy Mass was celebrated, the celebrant being Reverend Father O'Donovan of Cessnock where Sister was stationed at the time of her death. Rev. Father McErlean was the Deacon and Rev. Father Campbell Sub-Deacon, while Rev. B. McCosker was Master of Ceremonies. The Cantors for the Office and Mass were Rev. Fathers Flatley, Lavery, Coffey and Timbs.