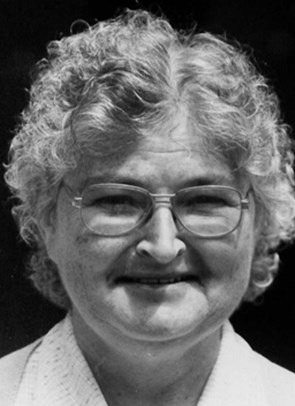 Mary Considine was born at Raymond Terrace on 20 October 1928 and baptised Mary Theresa the next day on 21 October.  Mary was the fifth of the seven children of Patrick Considine and Susan Jane Foley whose Irish heritage originated in Cork and Clare.

The family farmed in Raymond Terrace and Largs where Mary first went to school. Blessed with a quick and lively intelligence, Mary excelled at school and won a State Bursary that enabled her to board at Lochinvar from 1940. Mary entered the Sisters of St Joseph at Lochinvar on 8 June 1945 and was professed as Sr Mary Ligouri of Our Lady of Perpetual Succour on 6 January 1948.

For the next twenty years Mary was engaged in teaching and lived in communities the length and breadth of the Maitland-Newcastle diocese.  As well, Mary spent three years in the Lismore diocese. Her versatility was called on as she alternated between a variety of primary and secondary classes, wherever the need was greatest at the time. School syllabi were changing rapidly at that time and in response to the requirements of the Wyndham Scheme, Mary spent three years as a student at the University of Sydney graduating as Bachelor of Science in 1968. This equipped her more fully for the challenges of Secondary teaching.  In 1982, Mary left teaching for a year to care for her seriously ill brother, Jim.

Following her teaching years and until 2009 Mary dedicated herself to learning Braille and spent five days a week for years transcribing Mathematics and Science text books for vision impaired School Certificate and Higher School Certificate students. She loved this work and the contact it brought her with various kinds of people. When she finished in paid employment with Vision Australia, she continued working as a volunteer. Mary’s work there was meticulous and satisfying and she enjoyed her years living at Summer Hill and Strathfield. While there, she made many friends and became the Vice-President of the Strathfield Branch of Senior Citizens Australia where she served with distinction and joy.  She was also a volunteer at the 2000 Sydney Olympics.

Failing health necessitated a move to the Southern Cross Tenison Apartments at Swansea in 2011 and eventually to the newly built Southern Cross Mawson Court Apartments at Caves Beach.  Mary’s sister, Catherine also moved to Caves Beach and was Mary’s constant companion during her last months of life. A rapid deterioration brought Mary close to death on 19 July and she died peacefully on 21 July 2012. After the celebration of her Funeral Mass, Sister Mary Considine was laid to rest in the Sisters’ section of the Lochinvar cemetery.