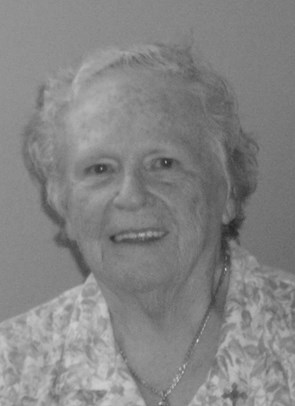 Sr Maureen was the only daughter and youngest child of Francis Joseph Metz and Mary Margaret Davis.  She was born in Taree on 15 January 1933, the loving sister of Frank and twins, Patrick and Raymond, all of whom predeceased her.  Maureen’s early schooling was at Rosary School Taree, continuing through to the High School where she completed a Commercial course.

Maureen entered the Novitiate at Lochinvar on New Year’s Day 1949 and was given the religious name of Sr Mary Lucy. After her profession as a Sister of St Joseph on 2 January 1952, Maureen embarked on her mission of spreading the Good News as a primary school teacher and later as a school principal.

Her first appointment was to Carrington. Many other appointments in Newcastle and country parishes followed in the Maitland-Newcastle diocese. The list is very long, some places being Cardiff, Belmont, Gloucester, Kurri Kurri and Merewether Beach. A former pupil recalling her school days said, Sr Maureen taught me in 5th Class, and she did it in style.  I have memories of a gentle, caring and inspiring woman called Sr Mary Lucy, who kept me from dropping my bundle. During her teaching days at Windale, Sr Maureen was also engaged in helping families in every way she could.  She had small group meetings with mothers, gave Religious instruction to State school children, as well as sometimes cooking a meal for needy families.

When her teaching days ended, Sr Maureen served as a pastoral care worked in parishes as well as caring for senior Sisters of the congregation, particularly in the Nursing Home at Lochinvar and in the local communities of Gateshead and Swansea. She was very capable in this role showing great care, empathy and gentleness to the frail aged.

In 2004 with declining health, Sr Maureen became a resident in the Southern Cross Tenison Apartments in Swansea.  During those long years her health declined, resulting in several operations and lengthy stints in hospital. Her disposition throughout those difficult times was remarkable, always trying to be positive, patient and cheery. On the 4th October she was admitted to Belmont Hospital for the last time. It was there that she died on 7 October 2020.

Sr Maureen had wonderful connections with the founders of the Josephite congregation, being born on 15th January, the birthday of St Mary MacKillop and dying on 7th October the anniversary of Fr Julian Tenison Woods’ death.

The Mass of Christian Burial for Sr Maureen Metz was celebrated on 14 October 2020 in St Joseph’s Chapel at Lochinvar with Father Gerard Mackie as the presider.  Her nephews and nieces and Sisters of St Joseph accompanied her cortege to the Lochinvar Cemetery where she was laid to rest in the Sisters’ section. May she rest in peace.

Based on Sr Clare Conroy's Words of Remembrance