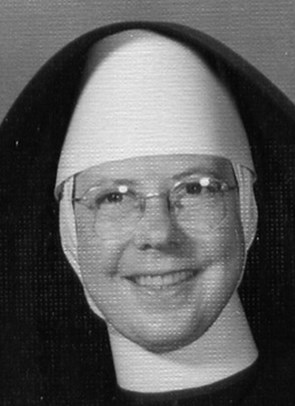 Winniefred Fittock was born in Aberdeen on 24 May, 1917, the youngest daughter of Cyril (Barney) Fittock and Winniefred Truscott. She was a sister to Lucy, Marie, George and Leonie. Winniefred entered the Novitiate of the Sisters of St Joseph at Lochinvar on 21 November, 1937 and was given the name of Sister Mary Modwena. She was professed on July 2, 1940.

A gifted violinist, Sister Mary Modwena served as a music teacher in many schools and parishes throughout the Diocese of Maitland-Newcastle and beyond: Gloucester, Largs, Merewether, Wingham, Kendall, Wauchope, Lochinvar, Dungog, Krambach and Kurri Kurri. In 1980 she retired from teaching and helped with pastoral care in the parishes of Windale, Bulahdelah, Tuncurry, Shortland, Muswellbrook, Belmont and Gateshead.

In 1998 ‘Sister Win’ as she was known following her return to her family name after the Vatican 11 renewal of religious life, became a much-loved resident of Mt Providence Hostel in Muswellbrook where she was cared for lovingly for almost ten years. Failing health caused her to be transferred to the Mercy Nursing Home in Singleton in October 2007.

It was in Singleton that Sister Winniefred died very peacefully on 5 July 2008 in her ninety-second year and in the sixty-ninth year of her religious profession.

Her Funeral Mass took place in the Convent Chapel at Lochinvar on Tuesday 8 July and she was laid to rest in the Sisters’ section of the Lochinvar cemetery.